All You Need to Know About Crypto: Popular Questions 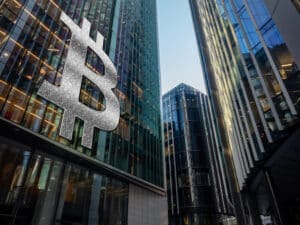 It seems like everyone is talking about cryptocurrency today: apart from Elon Musk, many major public companies have chosen to invest in Bitcoin. And given the recent price surges, more people are considering it as an alternative asset too.

If you’re new to the cryptocurrency space, it might seem overwhelming. But in reality, it’s not that difficult. Let’s go through the popular basic question about crypto together.

Bitcoin is a payment network that allows users to transfer money directly to each other without the help of any third parties such as banks or financial institutions. The transactions in the Bitcoin network were designed to be fast, secure, and private. This digital currency was invented in 2008 by Satoshi Nakamoto, a person or a group of people who remain anonymous. No one controls Bitcoin, but many countries are stepping up to regulate its turnover and make it easier for people to access it.

Where Bitcoin comes from, and how does mining work?

Unlike fiat, Bitcoin is not issued or controlled by central banks. It functions as a network owned by nobody and run by people around the world. According to the initial design, there can only be 21 million Bitcoins altogether. The new coins are minted by miners – the network participants who solve difficult math problems using special devices’ computing power and competing with each other. Those who get to solve the problem first – get the reward in Bitcoin.

Back in 2008, anyone could mine Bitcoin using just the power of their home computer, but now big mining pools control the process completely. As time goes by, the mining difficulty increases, and at the same time, the reward gets reduced (twice every four years on the average). This way, miners will mine the last Bitcoin somewhere around 2140.

Despite popular opinion, not all cryptocurrencies are anonymous. All the crypto transactions are recorded on the blockchain – a digital database of transactions – and are transparent. Once you use fiat to buy cryptocurrency with it, your identity is no longer hidden as exchanges require you to pass the KYC procedures with your passport.

While Bitcoin is pseudonymous, there is a specific kind of cryptocurrencies called privacy coins such as Monero, Dash, Zcash, and others that mainly focus on protecting their users’ identity.

Why is Bitcoin’s price so volatile?

Bitcoin’s price has always been volatile which is typical for any new asset. Cryptocurrencies have only been around for a couple of decades and the majority of people simply aren’t used to it. Bitcoin, as well as its value, heavily depends on people’s trust in it. The more people believe in it, the more stability it brings to the coin – and the media and the governments  play an important role in it too. At the same time, Bitcoin’s price is not completely unpredictable and can be explained through technical analysis.

What kind of cryptocurrencies are there apart from Bitcoin?

Bitcoin paved the way for multiple cryptocurrency projects issuing their own currencies. Some of them turned out to be quite successful, while others failed miserably. Ethereum is the second most famous blockchain, and Ether cryptocurrency has the second highest market cap. Ethereum is not just about currency. The network allows anyone to build smart contracts and decentralized applications and is highly functional. Litecoin, Cardano, Polkadot, Stellar, Tether, Bitcoin Cash – are some of the popular cryptocurrencies.

Can you use cryptocurrency to pay for things?

Today many merchants around the world accept cryptocurrency as a legitimate form of payment. From VPN providers to air companies and coffee shops, cryptocurrency enthusiasts worldwide are slowly building a payment infrastructure to show that Bitcoin and its cousins are more than just a speculation tool but can be a medium of exchange too.

Apart from that, some crypto-focused projects are starting to issue cryptocurrency cards that can be topped up via your crypto wallet and used to pay in fiat in any store that accepts VISA or Mastercard. Mercuryo is working on launching this functionality in the near future too. It’s only a matter of time before cryptocurrency becomes a common payment method everywhere.

Can I use Bitcoin to get rich quickly?

Getting rich overnight is a risky affair. Bitcoin can be a promising asset, however, one should always mind the risks that come with it. It is important not to listen to other people’s opinion but learn, observe, and form your own ideas instead. A mindful, systematic, and educated approach towards investing is the best way to handle your funds.

How do you buy cryptocurrency?

The safest and easiest way to buy cryptocurrency with your credit card is via the well-established exchange like Mercuryo. Mercuryo app features low fees, quick verification procedure, and simple interface that allows you to buy coins in a couple of clicks. So you won’t think twice about how to make your first crypto purchase.

Apart from that, you can buy crypto on other exchanges and top up your exchange balance via Mercuryo too as the company has partnered with a lot of popular platforms to offer you the best exchange rate on the market.

Read more:
All You Need to Know About Crypto: Popular Questions