PS5 – a complete guide to the launch games

With a month to go until the launch of Sony’s 4K gaming machine, there is now a clear picture of which titles will be available from 12 November (at least for those lucky enough to successfully pre-order a console) and what’s in store over the coming year. If you’ve missed all the hype so far, here’s everything we know about the PS5 software line-up, from day one to 2021. 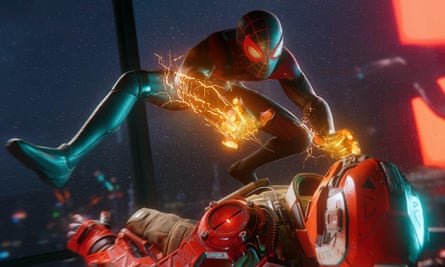 Insomniac’s Spider-Man follow-up is a more focused (ie shorter) adventure with Morales finding his feet as a debutant webslinger while diffusing a battle between a tech company and a criminal organisation. Set to feature haptic feedback via the DualSense controller as well as support for the PS5’s 3D audio engine, this will be a key draw for early adopters.
Watch trailer

Installed free on every PS5, this cute platformer is a followup to the well-received PSVR title Astro Bot Rescue Mission. Like The Playroom, which came pre-loaded on PlayStation 4 to introduce the Dualshock 4 and PlayStation Camera, it’s designed to get players acquainted with capabilities of the PS5 and its DualSense controller.
Watch trailer

The long-awaited remake of From Software’s masterful action role-playing adventure – the cult forerunner of the legendary Dark Souls series. It’s been rebuilt from the blood-splattered ground up by specialist developer Bluepoint Games, with vibrant visuals, dynamic lighting and the promise of new weapons and features.
Watch Trailer

A welcome new jaunt for the lovable hero of Sony’s LittleBigPlanet series, this is a 3D platforming adventure set in an open world and allowing up to four players to explore together. It’s another title set to make the most of the DualSense controller as players interact with the quaint handicraft environments.
Watch trailer

The stylish supernatural brawler returns with higher frame rates and support for real-time ray-tracing. Capcom has also added hybrid demon-human warrior Vergil as a playable character as well as some wild new game modes to take advantage of the machine’s ability to chuck a LOT of monsters around the screen at once.
Watch trailer

The latest in Ubisoft’s series of time-spanning open world adventures has Viking raider Eivor, storming through ninth century England, slaying locals and building settlements. Certain to be a graphic showcase for the new consoles.
Watch trailer

From the makers of ethereal subaquatic adventure Abzu comes another mystical quest, this time following a hunter and their eagle, tracking down cursed spirits on an enchanted island.
Watch trailer

The battle royale mega-seller needs no introduction, and was always a likely next-gen launch title – but developer Epic Games is putting in the effort, with support for ray-tracing and faster frame rates. Players also get to bring their characters and progression across from previous versions.
Watch trailer

Originally released in 2017, this dark cyberpunk thriller has been giving a full next-gen overhaul by developer Bloober Team, adding 4K textures, HDR lighting and, yes, ray-tracing. Featuring the late Rutger Hauer as dishevelled protagonist Daniel Lazarski, it could be the cult hit of the launch period.
Watch trailer

Described by Gearbox as a “first-of-its-kind, looter-slasher, melee action-RPG”, Godfall has you playing a mythical warrior, bludgeoning enemies and earning new gear in the process. The focus is on stylish offensive play and a co-op mode will let friends take on the bloodshed together.
Watch trailer

With 40 new tracks including songs from Dua Lipa, Billie Eilish and Camila Cabello, Ubisoft’s hyperactive, super-accessible dancing sim will get a PS5 version for launch, but there’s no word on any enhanced features.
Watch trailer

The offroad racing sim will get an enhanced version on PlayStation 5, including the option to play at a scorching 120 frames-per-second. The update will be free to those who buy the PS4 version in October.
Watch trailer

The unexpected meme-friendly hit of Sony’s Future of Gaming event in June, Bugsnax is an offbeat adventure in which players explore an island teeming with collectible insects that also make delicious snacks – sort of like gourmet Pokemon. Created by the makers of cult hit Octodad, it’ll be one of the more idiosyncratic offerings on the launch menu.
Watch trailer

Released on current platforms in August, Square Enix’s action role-playing punch-’em-up is getting a next-gen makeover, which will be free to download for owners of the original game. The developer is promising faster load times, boosted resolution and improved textures and armour destruction, and cross-platform co-op play will let you team up with friends on Xbox One.
Watch trailer 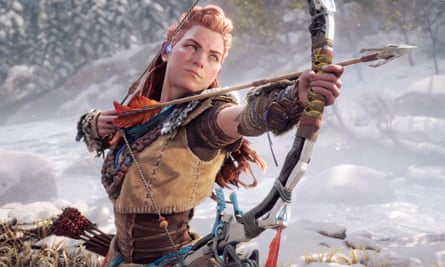 Playstation 5 is fully compatible with most PS4 games whether they’re discs or digital downloads. Games should benefit from higher frame rates and resolutions. Also, subscribers to the Playstation Plus service who buy a PS5 will get instant access to the PlayStation Plus Collection, a curated selection of PS4 titles such as God of War and Persona 5. As for older titles, PS5 is not currently compatible with Playstation 1, 2 or 3 games, but retro titles made available on the PlayStation Now streaming service should work on PS5.