At the beginning of last month, a Facebook software engineer, Ashok Chandwaney, resigned and published a blistering public letter, excoriating the company for its failure to tackle hate.

“Facebook is choosing to be on the wrong side of history,” warned Chandwaney in the letter, which was posted on the company’s internal message board. “I can no longer stomach contributing to an organisation that is profiting off hate in the US and globally.”

The resignation, first reported by the Washington Post, was the latest act of rebellion from inside a company that used to be one of the most coveted places to work in Silicon Valley but is facing growing internal dissent from its elite workforce.

It comes at a time when external critics are also marshalling resources into more organised criticism of Facebook and demands for change.

Last week saw the launch of the Real Facebook Oversight Board (RFOB), an independent body of experts including some of America’s most prominent civil rights activists, academics and lawyers.

Facebook dismissed the board as “longtime critics creating a new channel for existing criticisms”. But it was worried enough about its formation to lobby the main funder, the philanthropic group Luminate, to drop the project.

And just before RFOB launched, the social media giant finally announced that its own internal oversight board would start work in October, although it will probably not handle election-related cases, despite concerns about volatility around the US presidential election.

Plans for that board were first announced in late 2018 – glacially slow progress for a company that prides itself on “moving fast”.

Chandwaney, who is gender non-binary and uses the pronouns “they” and “them”, agreed to only their second interview about the explosive resignation from Facebook to highlight the impact they believe the RFOB has already had.

They believes both internal dissent and external pressure will be needed to bring change inside a company that from their own personal experience is “not interested” in stamping out hate and incitement to violence on its platforms”.

“Its going to take everyone,” Chandwaney said by phone from California, deflecting the focus away from their solitary stand against one of Silicon Valley’s most powerful companies.

“Suddenly. after the Real Oversight Board [forms], Facebook’s own oversight board is ready too? I would be really suspicious of that being a coincidence. I think that shows the power of the Real Facebook Oversight Board, without them having authority over Facebook. And I’m excited to see what else they will be able to move the company on.”

Chandwaney’s high-profile resignation was just the latest internal attack on Facebook’s values and way of doing business in a year of bruising confrontations between staff and management.

There have been walkouts, regular leaks of sensitive internal documentation, and bruising confrontations at staff meetings with chairman and chief executive Mark Zuckerberg. 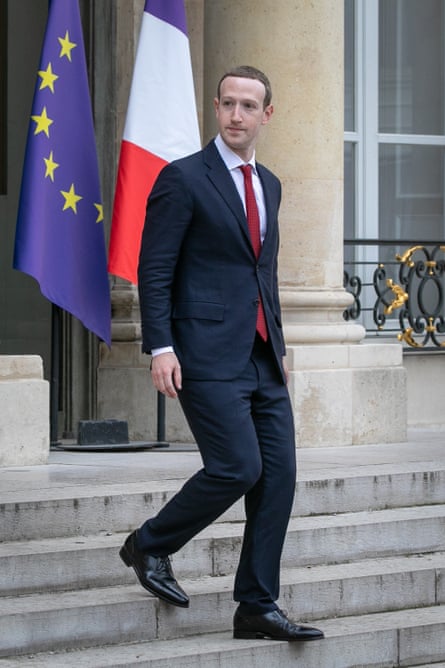 “I was looking at the situation and thinking I just want to not be working here any more,” they said. “That said, I think there are a lot of people of conscience who work at Facebook who are pushing the company to be better. We see this in all the people who are showing up to internal discussions and to Mark Zuckerberg’s Q&A sessions with incisive questions about election integrity, civil rights, and the poor treatment of certain Facebook workers … We see that in the spike in employees anonymously speaking with reporters or sharing alarming snippets of internal content with them.”

They became disillusioned with Facebook after watching a company whose mottoes included “be bold”, “move fast” and “build social value” conspicuously fail to apply those values to the fight against hate, incitement and illegal discrimination on its platforms.

Facebook has for years been accused of inadvertent links to violence in several countries and to ethnic cleansing in Myanmar, but the impact of its policies have also became increasingly apparent in its home country in recent months.

During a summer of civil unrest in the US, Facebook was linked to the growth of the violent Boogaloo movement and a militia’s “call to arms” on the night two Black Lives Matter protesters were shot and killed in Kenosha, Wisconsin.

It was “disingenuous” of Facebook to say that it was trying hard to stamp out hate, given its technical expertise and the problems still proliferating on the site, Chandwaney said: “A third of the world uses Facebook right now. I’m frankly a little speechless trying to describe what an impressive expression of technical excellence that is, that it works reliably for that many people.”

“I’m not sure if we could expect anyone to guarantee that ‘we will end hate on the internet’. But I think that Facebook has the ability to make massive strides,” they said, expressing a view that Facebook had appeared to have shrugged off the recommendations of experts it employed for a civil rights audit, and suggestions made by external critics and civil society. “It sort of reflects that they’re not interested in making that substantial progress, they’re not willing to make that substantial progress that they could.”

Although Chandwaney was just one of a workforce thousands strong, the protest – and other acts of internal dissent – are likely to worry the company more than attacks from external critics, said Varoon Bashyakarla at Tactical Tech, a Berlin-based group whose work explores how our personal data can be used for political influence.

He said working for the tech giant might one day carry the same kind of moral stigma as working for the tobacco companies that continued pushing cigarettes even after the link with lung cancer was revealed. “Sought-after Facebook employees who have numerous employment options at their disposal have massive leverage in reforming the company,” he said. “Facebook needs them.

“They are realising that merely telling people they work at Facebook hurts their reputation and calls their moral compass into question, especially as Facebook’s ills grow closer to home.”

A Facebook spokeswoman told the Washington Post after Chandwaney’s resignation: “We don’t benefit from hate. We invest billions of dollars each year to keep our community safe and are in deep partnership with outside experts to review and update our policies.”